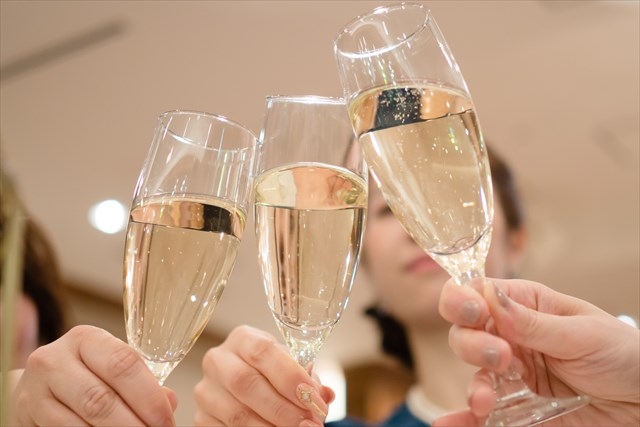 A year-end party held at the end of the year.

Some people may be worried about what to do when they are asked to say hello to the company's year-end party.

You don't want to fail because it's a year-end party that concludes the end of this year.

Here, we introduce three points to keep in mind when greeting the year-end party and example sentences that can be used for each greeting.

If you are having trouble greeting the year-end party, please refer to it.

What is a year-end party greeting? 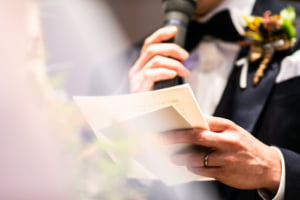 There are three main types.

It is a greeting that declares the beginning of a ceremony.

Generally, the top position is the one.

In the opening remarks, we often talk about the purpose of aiming for a year's effort and finally getting excited.

To make a toast.

Generally, the third greatest person in terms of job title, or a young person or secretary who is good at excitement, is appointed.

It's lonely to just say "Cheers!", So it's a good idea to look back on what happened over the past year, what kind of troubles you have overcome, and what you have achieved.

Greetings at the end of the banquet.

It is often done by the person with the second highest position.

We thank the people who participated in the year-end party and sometimes talk about our aspirations for next year.

Points for greeting at the year-end party 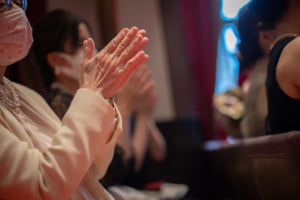 Here are three points to keep in mind when greeting a year-end party.

A long greeting can be disgusting at the end, even if the audience is interested in it at first.

For those who tend to talk for a long time, do image training before talking.

One way is to create a manuscript in advance and keep it short.

Especially if you hold a glass of toast and wait for a long time, the listener may think "I want to drink quickly!".

What you want to talk about is not a greeting, but a year-end party.

2. Don't force yourself to laugh

Since I was entrusted with the greetings of the year-end party, I have to say even one of the jokes to liven up the atmosphere of the place!

I think there are some people who are enthusiastic about this.

The feeling of "let's get excited!" Is important, but you don't have to force yourself to laugh.

Because, "taking a laugh" seems to be easy, and it is quite difficult.

Nowadays, when I try to laugh and ridicule someone, I sometimes get a bad reputation such as "that person is a racist".

Even if the person is not offensive, the person being joked can be offended.

Instead of forcibly saying something interesting, let's calm the people who are there by aiming for a year's effort.

3. 3. Say hello with a cheerful smile

Even if you don't try to laugh forcibly, just talking with a bright smile will make the mood of the place exciting and make it easier to hear greetings.

It's hard to hear if you talk in a soft voice, and the atmosphere of the year-end party doesn't increase.

Your facial expression and voice give a stronger impression to the recipient than the content of the story.

By greeting with a smile and cheerful, everyone will naturally smile and the venue will be lively.

Example greetings that can be used at the year-end party

Here are some example greetings you'll want to use at the year-end party.

Everyone, thank you very much for this year.

This year was a very tough year due to the epidemic of infectious diseases, but by working together with everyone, we managed to overcome this difficulty.

In particular, everyone in the XX department contributed greatly to the construction of the new system, and as a result, we were able to achieve remarkable results, with sales exceeding last year.

This is also thanks to everyone's cooperation.

Next year, I would like to work with you to overcome various difficulties and aim for further business expansion.

Let's have a good time together tonight.

It is △△ of ○○ department that participated in the introduction.

I will take the toast with you.

First of all, thank you for your hard work for a year.

This year was a year in which we had to overcome difficulties that we had never experienced before.

Many people may be worried about what will happen in the future.

However, we managed to overcome this difficulty by sharing our wisdom and making new efforts.

I don't know what will happen next year, but I believe we can overcome any adversity if we work together!

Let's celebrate the achievements we have achieved this year and have a good time together.

Then, please give us a toast.

Thank you for your hard work this year! cheers!

It's a banquet, but the end time is approaching, so I'd like to conclude my greetings. It is XX of □□ part.

Thank you for participating in our year-end party while you are busy today.

It was a short time, but did you enjoy it?

We can hold such a meeting only with the cooperation of all of you, and we can aim for further heights as a company.

I think there are many points that cannot be reached, but we look forward to your continued patronage.

Lastly, I would like to tighten it with a single tightening, so I'm sorry, but please stand up.

Thank you everyone! Thank you for your continued support next year.

I told you about the greetings of the year-end party.

A year-end party aimed at the labor of the year. I don't want to fail in greetings to create a fun atmosphere! I think there are many people who say that.

The greeting of the year-end party is a smile, fun and short, but it is a rule of thumb. If you talk about it for a long time, the party will be lively.

If you want to have a good time together at the end of the year, consider Akasaka Prince Hotel!

There is also a restaurant, and you will be satisfied not only with the food, but also with the staff who regularly serve you at the restaurant and hone your skills to help you with the party on the day.